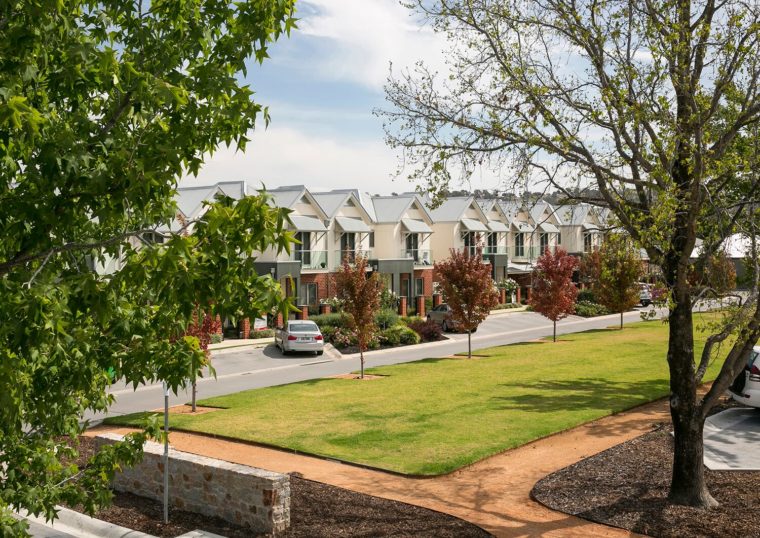 If you want to control the energy efficiency of your building, start by eliminating air leakage, says an award-winning home builder who has been experimenting and innovating for more than a generation.

About 40 years ago, an esky, a block of ice and a week of fluctuating temperatures spurred then 20-year old Brendon Collins to start designing and delivering thermally effective, energy efficient homes.

Fast-forward to 2019, and Collins has nearly completed a series of 10 homes that are gaining 10 star ratings under the Victorian Government’s residential Efficiency Scorecard – and he’s believed the first builder in the state to do so.

He explains to The Fifth Estate that as a recently qualified builder at age 20, he became curious about why a block of ice in his esky did not melt for four days, despite major fluctuations in the external temperature. He also wondered if a home could be made to perform the same way, remaining comfortable all year round.

He started testing things on his own weatherboard house – and has been experimenting ever since.

His company, Lightwood Constructions, was energy efficient long before it was trendy.

Its latest development, Elmwood Living in Wodonga, on the southern side of the Victorian-New South Wales border, has homes with NatHERS ratings ranging from 7 stars to 8.5 stars, which have been the norm since 2006.

At that time, the Victorian minimum standard was 5 Stars, and this did not rise to 6 Stars until 2011.

Collins says he was an early adopter because it was “the right thing to do”.

“I want to offer something to people that’s honourable,” he says.

He’s also conscious that many of his buyers are older people on limited incomes, so ensuring they have the lowest possible power bills is important.

Ten years after starting the Elmwood builds, he says that some of the more than 100 homes in the development that have added solar PV have zero power bills. Others have power bills of about $2.50 a day, and the owners don’t see the need for solar power.

The final tranche of houses being built are achieving 10 stars, after being assessed by Green Moves Australia’s Danielle King.

Collins says because he had developed a specific building system that ensures a high-performing outcome, it did not take much adjustment to his practices to attain the high score.

“I’ve been changing my practices for a long time, so when the scorecard came along, I was already there.

“I am consistently tuning how I do things, such as the walls, the windows. I am doing my own developments, so I can steer things the way I want them to go.” 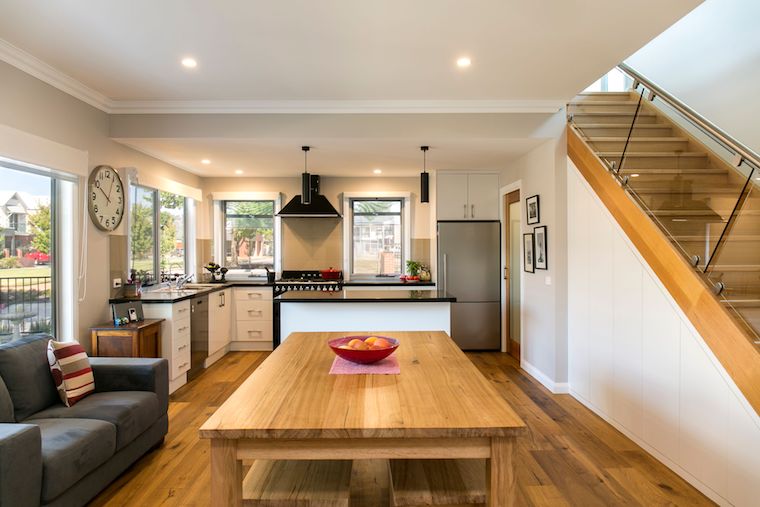 He says the scorecard really helped move his practice along.

The fundamental thing is to rid a building of air leakage, he says. For the past year, he has been blower door testing all the homes he has been constructing to identify any issues, and then testing them again to check any problems have been fixed.

“If you are not on top of leakage, you have no control of the building.”

Other basic practices include having all living areas oriented north for passive heating in Wodonga’s frigid winters; double-glazing; full roof, wall and slab insulation, with inspections to ensure it has been installed correctly; and constant site visits to check safety and quality are being maintained.

Collins says lightweight construction materials have been used in all his recent homes because, during the region’s sweltering summers, bricks’ thermal mass made it very difficult to cool homes at night.

Building products supplier James Hardie has supported his work by providing materials he can try out.

At a recent open house event on 21 November, as part of the Wodonga Sustainable Living Festival, it was about 35 degrees outside – and only about 15 degrees inside the home.

Collins uses a “top down” building method: the roof is completed first, and then all the lower parts built. This gives both a safety dividend – scaffolding is only used for about three weeks – and a speed and quality dividend.

“I can build tighter and quicker,” he says.

Last year, Brendon Collins was recognised with an Order of Australia for his contribution to the construction sector and to the community with his work at Elmwood.

The homes sell quickly and have a low turnover rate. However, Collins says agents and valuers tell him they have the highest resale values in the area.

Collins has won a number of awards for the project, including Victorian State MBA Awards in 2013 for Best Residential Builder and Best Regional Builder, and this week Champion Builder at the Energy Efficiency Scorecard Awards in Melbourne.

Last year, he was recognised with an Order of Australia for his contribution to the construction sector and to the community with his work at Elmwood.

He regularly speaks about his building system to the construction and property sectors, and other builders come to his site to learn how they can improve thermal and energy performance.

This tranche of homes is the last for Elmwood, but Collins says he does not think he is finished yet. He believes he can get a home down to under two air changes an hour, for a start.

“I think the building industry, if we just improve air tightness, we can halve energy use in Australia,” he says.

“It’s not complicated … it’s just a matter of how you educate everybody.”