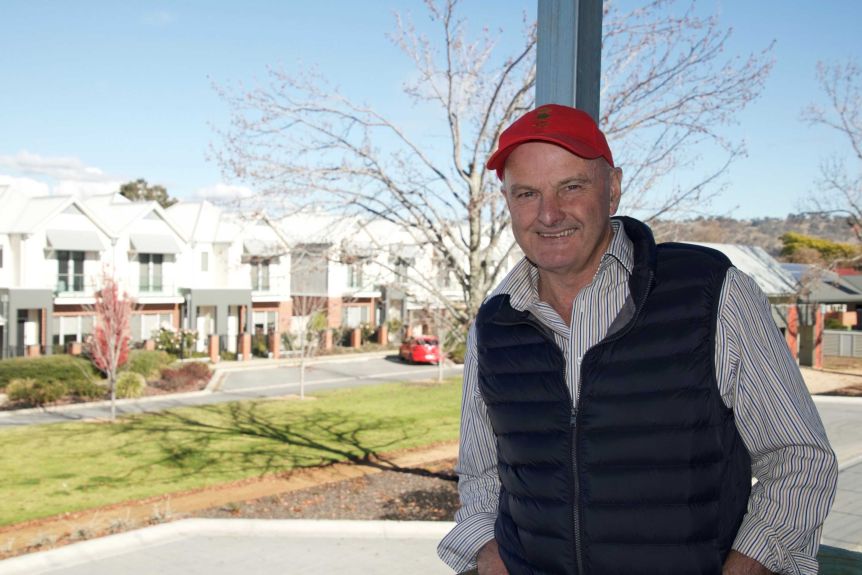 Brendon Collins, a builder who received an Order of Australia medal in today’s Queen’s Birthday Honours list, had a vision for a community of tomorrow that was truly sustainable and he’s continuing to innovate. He’s now aiming to offer Australia’s first 10-star energy rated homes in a medium density development in Wodonga.

Mr Collins said he felt very humbled and shocked when he was first told of the award.

“I didn’t develop Elmwood with winning awards in mind, so to win this award is incredibly humbling. Getting to this day has been a team effort. I couldn’t have done it without the support of my wife, Karen, and with regards to Elmwood, the support of my business partner Henry Dinning and the Lightwood team,” Mr Collins said.

“People ask how and why you get involved in developing something like Elmwood but for me it was a natural thing to do. I was always interested in better ways to do things. The aim to virtually eliminate household electricity expenses all within an aesthetically pleasing environment, with a central park, was something that interested me. The benefits are for the environment, the community and big reductions in the running costs for the homeowners.”

Mr Collins said a challenging childhood growing up in Wodonga as one of eight children and having a father who was a Prisoner of War survivor of Changi and the Burma Railway, gave him empathy for others in the community who face difficulties and a strong desire for inclusivity.

One Elmwood resident, Rob McDiarmid, 83, says it’s a great community to live in because of its central location and proximity to services. Community activities include weekly lunches where people meet each other and develop friendships. There’s also a community vegetable garden and a nearby Medical Centre and café.

Mr McDiarmid said the interior comfort, design and low power consumption were some of the benefits of Elmwood homes.

“Our daily cost for gas and electricity is $2.50 a day and that’s without solar panels,” Mr McDiarmid said.

“Brendon has been great in organising events to shape this into an integrated community. In addition to the friendships, there is a culture of goodwill which encourages us to look out for each other. This was always very important to Brendon as he constructed the development.”

Mr Collins said, “I’ve found it’s important to keep on learning and discovering new processes, products and technologies in the building industry, as I think low carbon housing is the way of the future. I’ve enjoyed pursuing this sustainability aspect but equally, enjoyed helping to create a community and a neighbourhood where people feel safe and belong.”

Building started on the site in 2006. The first homes were completed in 2007 and in the same year, Mr Collins built the Elmwood Medical Centre; the region’s first bulk-billed medical centre, including pathology, pharmacy and café.

There are 11 house sites still to be built on before Elmwood is finished.