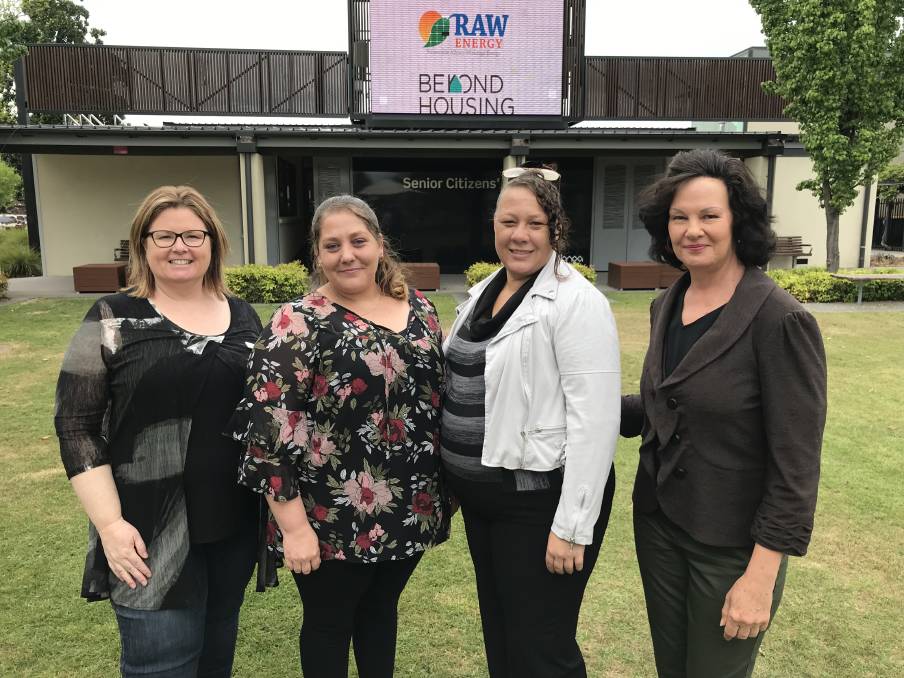 Beyond Housing client Katie "feels human" knowing she has control over her energy costs through a partnership between the agency and Renewable Albury-Wodonga Energy.

The Wodonga mum, who wanted to only use her first name, lives in one of 10 BeyondHousing properties in the city that now have solar systems.

"I got a phone call from a property manager asking if I'd like to be involved in the program, and I jumped for joy," she said.

"They came and did a maintenance check to see where they could put the box and panels up, and it was all installed about two months ago.

"It makes me feel human; it gives me that equal opportunity with someone else who has been working and owns their own home and can get solar panels put on."

Katie said early indications were savings of $3 a day on her bill through a 4 KW system linked to an Ubi energy-monitoring device.

"You can see how your energy is being used and when the solar kicks in," she said.

"I actually went and bought a kettle that I put on my gas stove now, as it was chewing through electricity.

"It makes you more aware of the power you're using."

Mum-of-five Jackie has spent thousands of dollars on bills in the past, having to maintain a healthy temperature for her asthmatic child.

"I have a chance to make some practical changes," she said.

BeyondHousing housing services manager Leisa Makszin said the organisation aimed to install solar wherever possible and this partnership added to that.

"A lot of this is happening in metro areas, and I'm really happy it's happening now in regional Victoria," she said.

Renewable Albury-Wodonga Energy received $54,000 from the Victorian government's renewable communities grant program for the micro-grid and work to install the systems took place from May to July.

"We know there's a 10 to 15 per cent saving rate on electricity bills through behavioural change and they'll have the added bonus where the panels will producing solar - they might be able to save 50 per cent depending on how they use it," she said.

"Cost of living is the biggest hurdle anybody has to overcome, and even more so for people at risk of becoming homeless.

"We're hoping to bring down that barrier and we'll go back again in 12 months' time to see what it's meant.

"This is one of the first projects of this kind, but we want to extend it out to other housing stock and communities that will see benefit in this as well."

This article was originally published HERE.